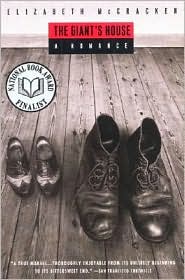 I think Jezebel did a good job with the list, though I wish they would have explained some of the selections like Esquire did. I was overjoyed to see Mary Gaitskill’s Bad Behavior and Lorrie Moore’s Life Like on the list.

The inclusion of Jhumpa Lahiri’s abysmal and boring The Namesake does have me scratching my head. From what I remember it’s a story about a guy trying to figure out his place in the world. Not sure what it has to offer women other than the fact that the novel is written by a woman. Hrmmm. . . I mean if you’re going for that kind of theme, dude searching, then you could include just about everything F. Scott Fitzgerald wrote on the list.

One that doesn’t surprise me on the list is Erica Jong’s Fear of Flying. This book is always held up as some sort of feminist-pinnacle of literature and I’m exactly sure why. I can see how the book would have been ground-breaking in the 70s but it’s horribly dated. Plus, from what I could tell by my reading Isadora slowly comes to the conclusion that she is nothing without a man. In fact, we never even see her without a man. Maybe it’s the first literary novel to say fuck, who the hell knows. As far as I am concerned Fear of Flying is the grandmother of chick lit. Blah.

A book that really should have made the list but didn’t, is Elizabeth McCracken’s beautiful, inspiring, and ultimately heartbreaking The Giant’s House. Of course, I am of the belief that this is a book every human should read. It’s a tender portrait of loneliness, desperation, and friendship and it will make you cry as long as you are not made out of stone.